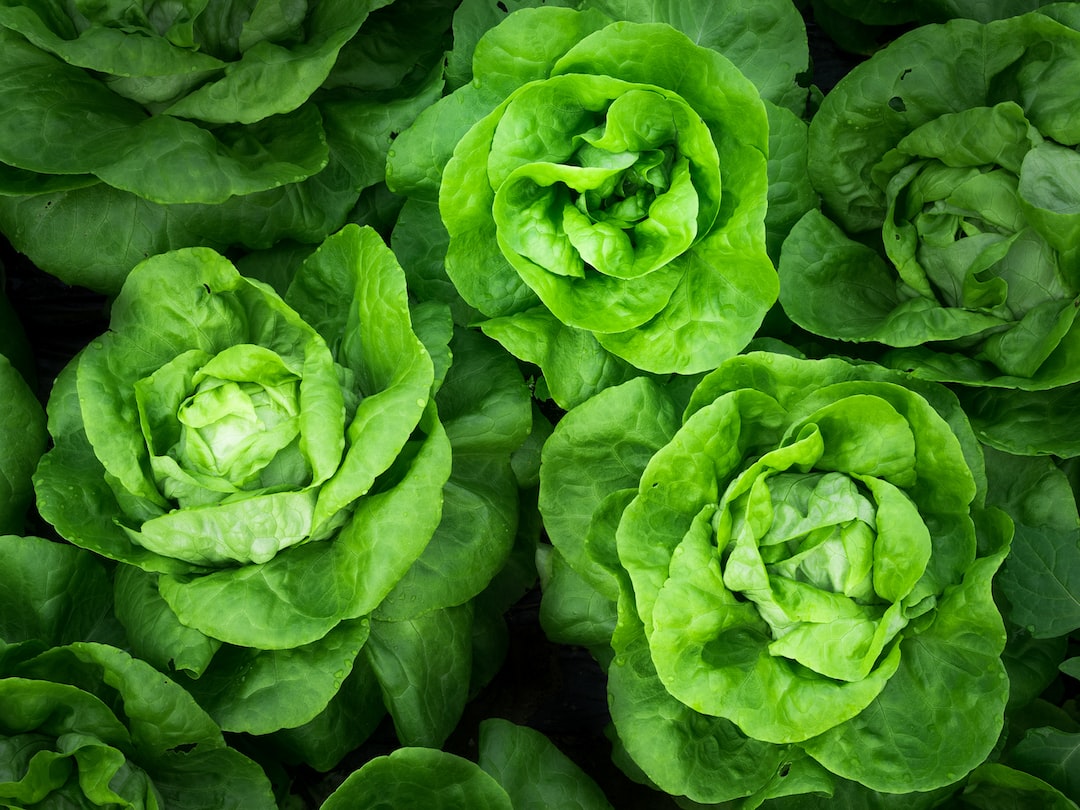 Curious about raw veganism (eating only uncooked fruits, vegetables, nuts, and seeds) but also adamant to stick to the warrior a.k.a one meal a day (OMAD) diet,  I am now part of an elite group of dietary hipsters.

The best advice I've read about finding the optimal diet is to simply be aware and experiment with what works for you. Take/Add a certain food to your diet for a while and ask yourself, how do you feel? And so that's what I'm doing. It just so happens that what I'm removing this time is anything that's been cooked...

From what I've seen, many people who have tried this claim significant improvements to sleep, health, digestion and even healing chronic disease. I think it's fair to say that many who choose a raw vegan diet come from a history of disease or spirituality. So I'm curious how it will stand up to someone who is more interested in feeling focused and long-term health.

This is starting to become a reoccurring theme in my diet related blog posts: there is little scientific investigation on this diet. Based on the extremely popular 80/10/10 diet, many 'raw foodies' stay away from fatty foods, preferring high carbohydrate diets. Due to the relatively low calorie, high fibre/water density foods, people inevitably end up loosing a lot of weight. Thus, I feel the Giessen Raw Food Study should be taken with a pinch of salt. Another resource I have found is this old forum post by John Rose, a rising YouTuber, with a list full of relevant and interesting studies. Common theories regarding the benefits of raw veganism I've found amongst the community are as follows:

Enzymes - Dr. Howell
I haven't done much research into this but the living food/enzyme theory doesn't make much sense to me as anything digested I believe is denatured by stomach acid anyway...

Structured Water
I haven't found any good resources on this seemingly buzzword phrase but I will say the raw food diet is extremely hydrating.

One Salad to Rule Them All

So what have I been eating on this raw vegan, warrior diet?

Well sorry but firstly I have to admit, it's not fully raw. I'm trying to keep it easy by not stressing over details like how some nuts, even when advertised as raw, are in fact cooked!

So with that being said here's the outline:

and then if I'm still hungry I'll snack on some dried fruit and nuts.

With the combination of the salty olives, creamy avocado, and sweet citrus fruit this makes for great, filling salad. Also, you can switch out an ingredient for a similar seasonal food to keep things varied for example avocados are no longer in-season so I'll have to rely on nuts and seeds (tahini) or experiment with coconut to get the bulk of my calories. People may like tomatoes instead of peppers but I found them too acidic.

There's something really satisfying about eating like this, and indeed I've quickly gotten attuned to what my body likes and dislikes.

My Experience so Far

Digestion - I'm not going to lie, bowel movements are amazing on this diet, despite the large volume of food, my body is able to digest it immediately and I'm left feeling light on my feet throughout the day.

Hydration - Eating water-rich foods has kept me well hydrated and I don't need to drink much water.

Skin - The claims about improved skin health must be right because my skin is looking healthier and feeling softer each day.

Detox? - Ever since I started I've been ill with a blocked, runny nose; itchy throat; and tight chest. The annoying thing is I can't tell if it's because of the diet that I'm experiencing these things or for example hay fever.

Exercise - Bearing in mind I've been feeling ill my fitness has declined - especially considering I just finished a bike tour - it makes sense that with the breathing problems I can't do intense work but with even just a 5 minute bike ride to the supermarket I can tell that my legs are feeling weaker. I think I'm going to put the effort into exercising more for the rest of the month so that I can make a better judgement.

Time - With daily trips to the store, 30 minutes of chopping and peeling, and over an hour of eating, days seem to disappear. This is fine in the summer holidays, I can catch up with some podcasts or an audio book but what about when I'm back at university? I don't know how I'd fit it all in.

Cravings - Having come from a bland diet of peanut butter, bread and sugar (during my bike tour) I was looking forward to finally having some fresh food. Now after two weeks, I go the store, ask my body what it wants and all I can think about is... Sipreme. Sipreme is a 'nutritionally complete' meal replacer like Soylent. It's interesting that I'm craving it because it shows that my body clearly recognises it as a real source of food (I'm not craving sugar, oil or salt) so there must be a nutrient that I'm not getting and I don't know any other sources of it... I think I'm going to try nutritional yeast and/or calcium and B vitamin fortified food and see if the craving goes away.

So it's been a month now on the raw vegan (living foods) diet. Not only that but I've been fasting for around 20 hours daily.

Overall, I'm excited, I've been wanting to try this for a while and I'm glad I've pulled through. Without (knowingly) eating any cooked food I'm happy to report there were no overwhelming cravings to give into... In fact, I'm kind of fearful of returning to cooked food. Now that I'm free, the idea of consuming some rice or even a potato is fairly repulsive. This is something unexpected after hearing some Raw Fooders describe cooked food as addictive. Maybe it's all talk but I feel I could easily go the rest of my life without cooking anything. Although I probably will, just for comparison.

Detox - Two weeks ago I wondered if I was experiencing a detox reaction. I have a feeling it's just allergies/hay fever. I guess I'll know for sure when I go back to cooked food. It could just be a coincidence that the two have coincided but I would have thought I'd also be effected during my bike tour before I started the diet. When I start cooking food again and it persists then I know it was hay fever, if it goes away then it's some sort of reaction to the diet.

Fitness - As for general health and fitness it's a real shame I've had to deal with this hay fever but the few times I did go out I felt strong - my recovery isn't as good as it has been. But again that could be due to the hay fever and how it's been affecting my sleep (which is annoying since I still don't know if eating raw improved sleep quality).

It's fascinating how in tune to my body I've become. Walking into a store and simply asking what I'm hungry for and eating no more than I want to (I have a tendency to always finish what I cook even if I'm stuffed). The first week I was tracking my calories and after figuring out what got me to the 3000+ calorie mark I figured I was 'safe' and stopped keeping track. With that and the fact, I was eating until satiated I'm surprised at how much weight I've lost (I don't have a before and after number but my trousers are feeling looser).

So in terms of health - of 'feeling good' this diet gets a thumbs up... or at least not a thumbs down, it's hard to tell with these damn allergies!

Cravings - Some B vitamin and calcium-fortified almond milk has decreased my desire for Sipreme but I still think about it a lot. It's weird how it's literally the only food I've craved throughout this experiment.

Expenses - It may get a thumbs up for health but when it comes to the practicalities of the diet, that's a whole new story: one month of the raw vegan OMAD Diet cost NZ$656.61.

Bare in mind I was trying to make this as easy as possible for myself i.e just going to the supermarket whenever I needed to instead of buying in bulk, rotating ripe foods and finding deals at farmers markets. I like this approach (despite the scary cost) because it helped me familiar with the diet. However, now that I know what's up, I'd definitely go ahead and bulk buy and shop around for the best deals. Clearly, $656.61 for one person in one month is a lot; I wouldn't like to make a habit of it, especially considering my pursuit of financial independence.

Time - It would be pretty easy to pick up some fresh produce on my commute to school but preparing a large salad is time-consuming - spurring me to avoid eating greens and just eat fruit and nuts, which even then can take a while to eat. Ever since experiencing the productivity wonders of nutritionally complete food like Sipreme or Soylent it's hard to ignore where I could be vs where I am.

Social - There's also the social aspect, being in a surprisingly health conscious/understanding house I was fairly comfortable at a community potluck we hosted but group meals can be tough, either I sit there just watching others eat or I excuse myself from the table. Both can feel quite isolating.

This was a fascinating experiment, my favourite yet, in dietary habits and I learned a lot from it. My sudden aversion to cooked food has taken me by surprise, writing this up on my last day I feel fully satisfied and content with a meal of bananas, avocados and seeds. If I were to ever try this diet again I'd try my hand at making nut yoghurts and tahini as a salad dressing/dip and further test for deficiencies/figure out why I craved Sipreme so much. The experiment could have been more informative if I maintained an exercise routine and better sleep, which is why I'm likely to try this again another time. Objective measures such as weight, water%, fat% etc. would also have helped.